R22 known as Freon 22 is a refrigerant gas mainly used in air conditioning units and refrigerators. As it is known to cause ozone depletion and global warming HCFC-22 is being substituted. Let’s see what is the replacement for R22 and what alternatives do we have when we stop using Freon 22.

Known as Chlorodifluoromethane or difluoromonochloromethane R22 is a hydrochlorofluorocarbon (HCFC). While it is being phased out in many countries it is still used in some other. While it’s predecessor Freon 11 was a higher threat to the ozone layer, now even R22 is considered dangerous for the environment. 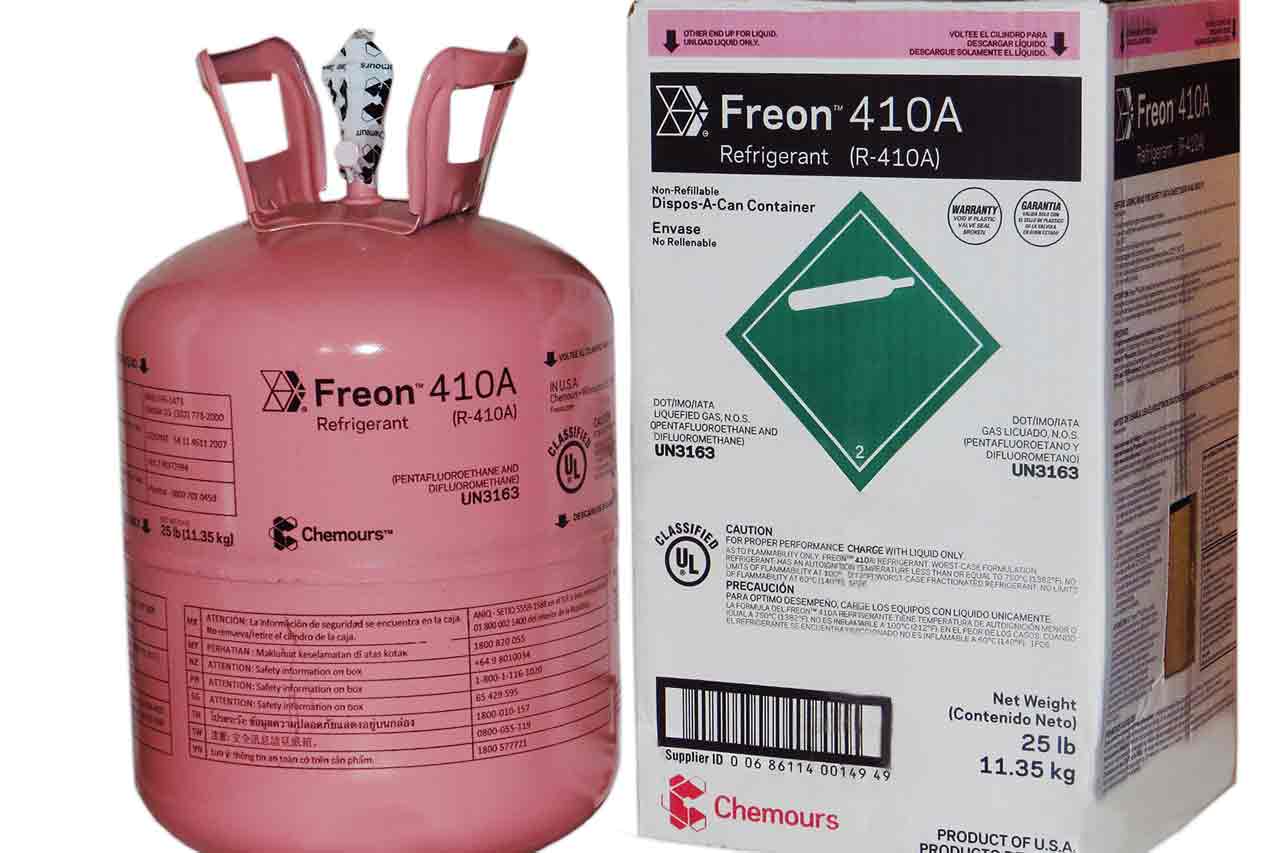 R-407A is a mixture of gases designed to replace R22 as close as possible. While it is good for food storage and supermarket applications it is not suitable for air conditioning.

Although we have many gas mixtures which can substitute the R22 not all of them are fit for using in air conditioning units. So let’s see what is the replacement for R22 refrigerant which can be used with the air conditioning compressor and with flooded evaporators.

R-410A is the replacement for R22. It is known as Suva 410A,  Puron, Genetron R410A, AZ-20, Forane 410A and EcoFluor R410. The best about this gas is that it is environment friendlier than it’s predecessor, doesn’t cause ozone depletion but is a potential global warming agent.

R-410A refrigerant, mostly referred as Puron was invented in 1991by Honeywell as an alternative for R22 (Freon 22) in residential and commercial air conditioners. R-410A is stored in pink cylinders.

Discussing what is the replacement for R22 we should also say that R-410A can’t be used to retrofit the older refrigeration systems. While R22 air conditioners used mineral oil to lubricate the compressor, the new ac systems based of R-410A need to use synthetic oil which is more soluble. A system with R-410A refrigerant work more efficient that R22.

As R-410A gets used on a large scale, the production and reserves of R22 decrease and it’s price gets higher every day.

Still not sure what is the replacement for R22? we hope not. Puron is the new name of the refrigerant also known as R-410A which replaces the old and outdated R22.