Learn how to build a hydrogen fuel cell for your car and how to turn water into an extremely cheap but very powerful fuel. Turn your conventional car into a powerful hybrid which consumes less, pollutes less and runs partially on water.

Among the HHO enthusiasts the hydrogen fuel cell term refers to the HHO generator which uses electrical energy to split the water molecules into hydrogen and oxygen atoms.

The jar is the container of our hydrogen fuel cell electrolyzer.

Many enthusiasts show videos and pictures explaining how to build a hydrogen fuel cell for your car. First step is to choose a container for your HHO hydrogen fuel cell. It has to have a lid and be able to lock up tight enough not to spill or let gas out.

The jar will hold your HHO cell plates and the electrolyte which can be in many cases corrosive. Your should be able to drill holes through the jar lid and attach hoses which will transport the hydrogen and oxygen mixture to the engine air intake.

The HHO hydrogen fuel cell has plates, usually made of hi grade stainless steel which can stand up to the corrosive nature of the electrolyte. The plates are placed at a very precise distance one to another to maximize the output of hydrogen. Also, because car’s voltage is 12 volts and electrolysis is happening above 2 volt, it is preferred to use intermediary plates to distribute no more than 2.2 – 2.4 volt on each plate. Any voltage above that is useless and transforms in unnecessary heat.

Last but not least. We can’t discuss about how to build a hydrogen fuel cell for your car without mentioning the HHO electrolyte. The electrolyte influences the HHO gas production and the efficiency of our HHO electrolyzer. Usually the chosen electrolyte is KOH because it doesn’t mix or corrode the stainless steel plates and doesn’t leave any dirt on.

Building the HHO electrolyzer is easy after having all the ingredients. In a future article I will give you full HHO generator plans.

To increase the efficiency of your HHO hydrogen fuel cell you can use a Pulse Width Modulator. Abbreviated PWM the pulse width modulator will generate a pulsing current with a specific frequency which will increase the HHO gas production.

From your electrolyzer the hydrogen will travel through a hose. On this hose you should place a bubbler which will clean the gas of any electrolyte which may evade the fuel cell. From the bubbler the surplus of electrolyte can go back to the electrolyser through another hose.

After the bubbler the hydrogen shouldn’t enter straight into car’s air intake. Instead a spark arrestor should be placed as close as possible to the air intake, to avoid having the hydrogen ignited prematurely.

This is the end of our short introduction on how to build a hydrogen fuel cell for your car. In my next articles I will explain in detail how to choose the jar for our electrolyzer, which are the best HHO plates, which is the best HHO electrolyte and many other good to know things. 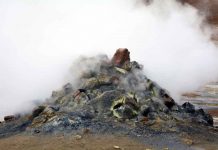 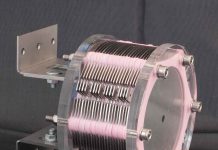