Hydrogen ca be used for many things like a hydrogen torch, a fuel cell or even creating water. In this article we will learn how to build a hydrogen generator using simple materials usually found around the house. 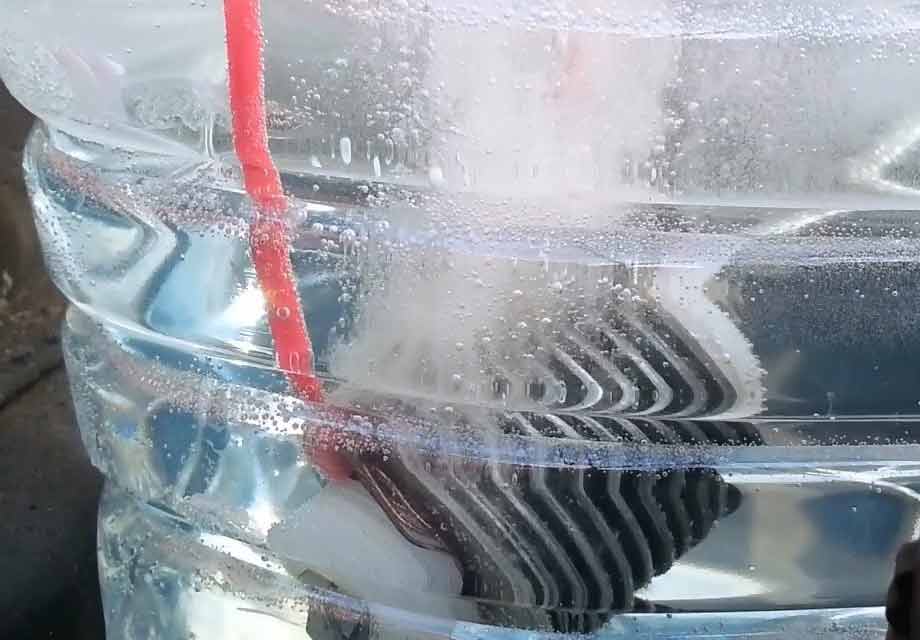 How to build a hydrogen generator

There are at least two different methods to make hydrogen. The most known is electrolysis which involves using a lot of electrical energy. The less known method of making hydrogen from aluminum is the reaction of aluminum and water in the presence of sodium hydroxide.

Depending on the amount of hydrogen needed and it’s destination you should decide which method you need to follow. While the electrolysis is pretty safe, the chemical reaction of aluminum, lye and water is very violent, exothermic and dangerous.

Let’s explain step by step how to build a hydrogen generator using both methods:

How to build an electrolyzer

The electrolyzer hydrogen generator is pretty easy to build. You would need a jar sealed with a lid, some stainless steel sheet (steel foil, steel screws or even steel tubes), electrical wires, a small gauge hose, 12V power supply (or a 12V battery).

Cut two rectangles from the stainless sheet in such a way that if will fit inside the jar. We will call them plates. These two plates should be of exact shape and size. Place the two plates together, spaced by 0.2 inch (0.5mm). Connect wires to each of the plates.

Fill the jar with tap water and the electrolyzer is almost ready to run. Now you know how to build a hydrogen generator. Next you need to connect the electrical wires to the 12V generator or to the 12V battery terminals. Small bubbles will start appearing on the negative plate.

To prove it is hydrogen you can make a soap and water solution and let the gas coming out of the hose bubble inside. Light the bubbles with a match. If you get a small explosion you can be sure you have hydrogen there. 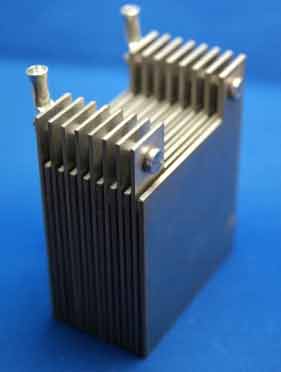 Just a small warning: The gas coming out is in fact a mixture of hydrogen and oxygen. Be carefully with that as this is quite unstable and if ignited or pressurized it will explode. Do not light the gas coming out of the hose or jar directly. Instead you can use a a flashback arrestor.

This is a very simple how to build a hydrogen generator. It’s efficiency can be improved using sets of 4 intermediary plates, a PWM voltage generator and using a better electrolyte.

After running for some time the hho cell will start making foam on top of the electrolyte and cause the liquid to go through the hose. To overcome this you could use another jar full of tap called bubbler. The hydrogen will bubble inside the clean water leaving all the electrolyte behind.

How to make hydrogen from aluminum

This method of making hydrogen is very simple but dangerous. The reaction is highly exothermic so caution should be taken. Sodium hydroxide is also very caustic. Always wear safety glasses and gloves when you do this.

Let’s see how to build a hydrogen generator based on the reaction of aluminum and sodium hydroxide.

The reaction is violent but it needs some seconds before it starts. To control the amount of hydrogen only small amounts of aluminum should be added to the reaction.

Now you know how to build a hydrogen generator. First method is easy to control but makes small amounts of hydrogen combined with oxygen. Second method is very hard to control and dangerous but can make insane quantities of hydrogen in no time.