How to make a hydrogen fuel cell – the real one

A fuel cell, as per it’s definition, burns hydrogen during a chemical reaction with oxygen without flame. This is happening in the presence of platinum electrodes, because platinum doesn’t react with oxygen. 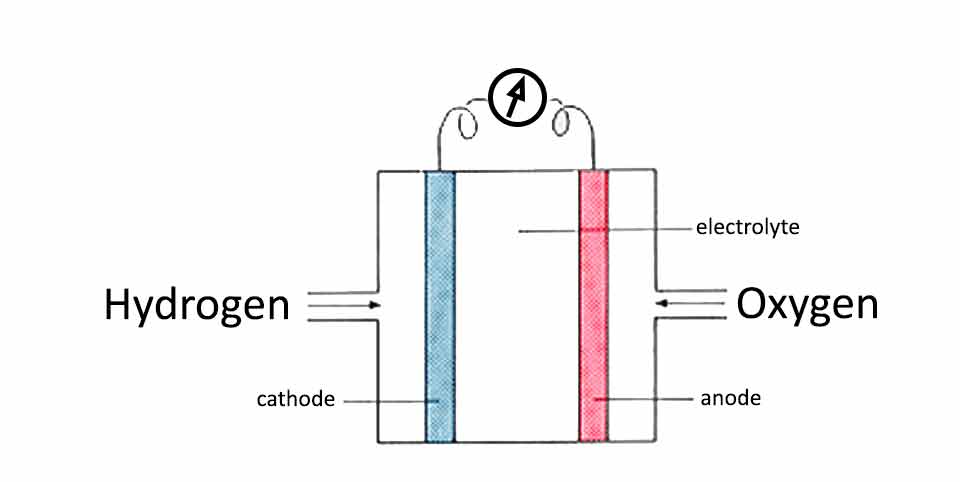 All the plans showing just a jar full of water, with two coiled wires inside, a 9V battery and some bubbles forming around the electrodes are just discouraging. These plans are using only the hydrogen and oxygen bubbles stored on the electrodes to create a very small amount of electricity.

Most of the plans you get by searching the internet are not actually showing how to make a hydrogen fuel cell but an electrolysis backfiring a very small amount of electricity through fuel cell principle.

The plan for making a real hydrogen fuel cell

The idea of the fuel cell is that hydrogen and oxygen pumped through the porous cathode and anode platinum plates would enter the electrolyte as positive and negative ions.

Construction of such platinum electrodes is very costly. To overcome the high cost of the process porous ceramic is coated with platinum. This is not only lowering the cost but also increasing the surface area so the reaction would be faster and stronger.

The electrolyte stored between the platinum electrodes should be a salt substance so ions would be able to travel through.

How to make a hydrogen fuel cell is well known. Having the right materials and electrolyte is the real deal. Teams of scientists are currently working on developing alternatives to the platinum electrodes and better electrolytes to lower the price of making a viable hydrogen fuel cell.

Another problem with hydrogen fuel cells is that they require both hydrogen and oxygen to be stored in tanks, close to each other. Containing these two gases at high pressure is very dangerous.

One hydrogen fuel cell generates up to 1.23 volts. To achieve the voltage and power needed to run a car or a house you should connect more hydrogen fuel cells in series and parallel to obtain high direct current voltages and higher power.

The only byproduct of the hydrogen fuel cell is water. This is why everybody wants to make one. This energy would not pollute and could save the environment.

We have prototype electric cars running on the electricity from fuel cells. The production costs of such vehicles are very high. Scientists are studying how to make a hydrogen fuel cell which would be cheap, safe to handle and produce large amounts of power.